Rebels with a Cause

When? Wednesday, October 4th at 19:00 (Important note: this time we meet on Wednesday, not Monday)
Where? Futurice GmbH, Implerstraße 7, 81371 München Map

As designers, change is part of our DNA. And bringing change to companies is part of what many of us do on a daily basis. But change isn’t appreciated by everybody and every time. Questioning the status quo creates resistance, but questioning you must. So, let’s talk about how to be provocative without being lynched.

Come join other Rebels with a Cause in this IxDA event at the Futurice office Munich. Get inspired by a talk from Johannes Stock, Principal Designer. And share and discuss your stories with like-minded people.

What is the talk about?

In this talk, I invite change agents of all sorts to take a position as benevolent rebels. To be effective, we need to dance on the fine edge between colluding with team members or clients and alienating them through our interventions. How can we solve this dilemma?

Drawing from my work experience with companies like BMW, Spreadshirt, Porsche and Deutsche Telekom, I introduce concepts and tools that help us wear the rebels hat without being thrown under a bus.

Understanding the power structure within the system helps us to identify chances and limits of our influence. Trust building activities help us to form strong, much-needed coalitions. Curiosity and humility let us tap into the power of listening without judging. And nurturing a growth mindset of constant learning helps us to deal with inevitable setbacks constructively. This talk is not a case study. It is an encouragement for rebels with a cause. 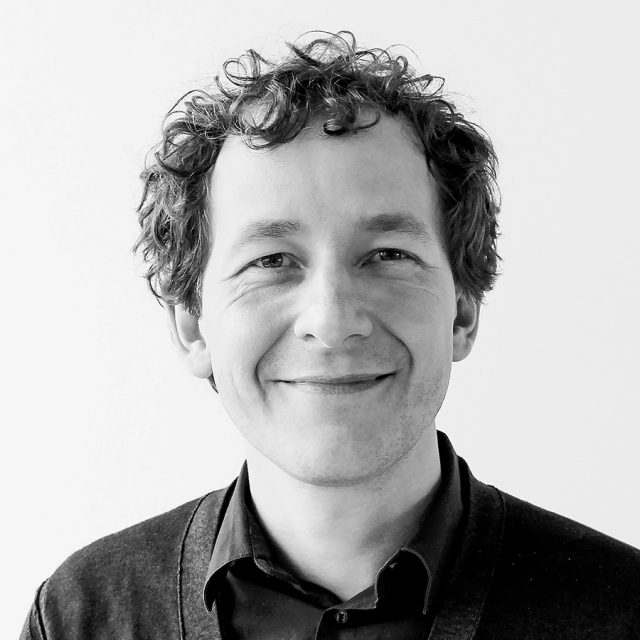 Johannes has 10 years of design experience with brands such as Porsche, Deutsche Telekom, eBay, ThyssenKrupp, Hugo Boss, and Vodafone. Johannes uses design as a business tool to help organizations bridge the gap between strategy and execution. He combines methods from design and systems thinking with appreciative consultancy and organizational design to achieve results.
In his role as principal designer, Johannes helps to shape and foster the design culture within Futurice. Bringing positive change to internal teams and clients alike.

We would like to thank Futurice for supporting the local IxD community! Drinks and snacks will be provided.

Designing the Smart Home for Humans

Currently, hundreds of companies are investing heavily in smart home technologies and products. A seemingly-endless stream of new Connected Home products like the Google Home, Philips Hue Lights, Dropcams, and Samsung Smart Kitchen dominate the technology and investment news cycles. Voice UI and Natural Language recognition and an App are now part of the default interfaces to any new consumer electronics product.

Mark Zeh has been researching and working on aspects of the Smart Home since he first joined IDEO’s now-defunct Smart Products studio in Palo Alto back in 2000. Between then and now, major companies have spent untold millions of euros/dollars trying to place networked technologies into people’s homes. So far, they have blamed business failure on technology deficiencies or the lack of a “killer application” to drive adoption. There are a few notable exceptions, but most Smart Home concepts still seem to come straight out of the past futures described in Ray Bradbury’s 1950 and 1951 collections of short stories, “The Martian Chronicles” and “The Illustrated Man”, solving problems appealing and relevant to a pre-consumer, pre-television, pre-commercial flight culture that was just getting used to owning electric fans and refrigerators.

Mark Zeh will focus on why most of those future concepts still haven’t “caught on”, even though many have come to market several times over the years, in differing product and technology forms. He believes that the reason that most of these products and technologies have not been broadly adopted has to do with a large gap between how people actually behave in their homes and how the technology industry wishes they thought about their homes and private lives. In this talk, he will introduce some thoughts and design principles that he feels are essential for creating Smart Home products that people will welcome into their homes. 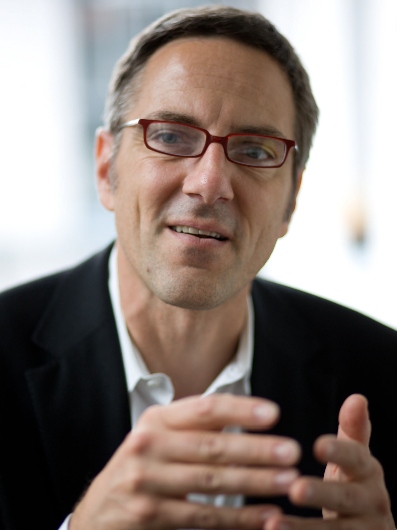 Mark Zeh is a Design and Innovation consultant, based in Munich, Germany. He has been involved in researching, designing, and building Smart and Connected Experiences since 2000, when he first joined IDEO’s now-defunct Smart Products Studio in Palo Alto, California.

Some of his past professional positions have been: Sr. Manager, Research, and Concept Development for Bose Corporation, Director of Product Development for the Steelcase Premium Group, Co-Head of the Health Practice and Technical Lead for IDEO Munich and Sr. Project Manager and Innovation Consultant for IDEO in Palo Alto, California.

He has lectured and presented on the topics of design, entrepreneurship, consumer behavior, and global product development at venues, including Stanford University of Palo Alto California, Fraunhofer Institute IAO of Stuttgart, Germany, The Women’s Forum Global Meeting, and The Munich Business School of Munich, Germany.
Mark holds a BSME from the University of Minnesota. He has been awarded over 25 patents, US and International, for his creative work.

We would like to thank SapientRazorfish for supporting the local IxD community! Drinks and snacks will be provided.

5 Steps To Change Your Note-Taking by Eva-Lotta Lamm

Do you take notes at conference talks, meetings, workshops, in class or to capture your own thoughts? How often do you look back at your notes, how useful are them to review the material and how easy is it to find a particular piece of information when you are looking for it?
In this talk, Eva-Lotta will share her approach of taking visual notes – also called sketchnotes – and guide you through 5 steps that lead you from regular written notes to a more structured, visual and engaging way of mapping out information.
This is a hands-on session for everybody to sketch along, have fun and pick up the 5 basic principles of sketchnoting by trying them out themselves out the talk. If you think you are rubbish at sketching, never go back through your notes and want to get a fun kick-start into using pen and paper, this session will be just right for you. Get your pens ready! 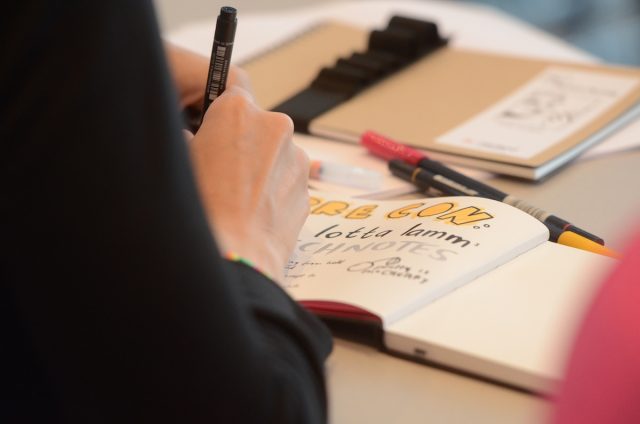 Eva-Lotta Lamm is a User Experience Designer, illustrator and visual thinker. She grew up in Germany, worked in Paris and London for a few years before packing up her backpack and go travelling the world for 14 months. She has over 12 years of experience working on digital products as an in-house designer for Google, Skype, and Yahoo! as well as freelancing and consulting for various agencies and her own clients. After being a (semi-)nomad for 2 years, she is now based in Berlin.

Besides her UX work, she has been taking sketchnotes at hundreds of talks and conferences and has self-published her notes in several books (www.sketchnotesbook.com). During her world trip, she documented her experience as daily sketchnotes in her travel diary (www.secretsfromtheroad.com).

Eva-Lotta also is a sought after expert and teacher in the area of sketching, sketchnoting and visual thinking. She is regularly speaking at international design conferences and has been teaching sketching workshops at conferences and for companies for over 5 years. She is currently writing a book on sketching interfaces, based on one of her workshop formats.

Eva-Lotta is the illustrator of Content Everywhere by Sara Wachter-Boettcher and The User’s Journey by Donna Lichaw, both published by Rosenfeld Media.

In her personal sketching practice, she is exploring the area of Visual Improvisation, where she is looking at the parallels between sketching and improvisation and experiments with how the principles from her regular theatre improvisation practice can be used to inspire visual work.

We would like to thank Google for supporting the local IxD community! Drinks and snacks will be provided.

In this session, we will look at how to make people’s lives easier, by taking care of the mundane and repetitive tasks in their lives, but with an important twist.

This will be the black mirror (https://en.wikipedia.org/wiki/Black_Mirror_(TV_series)) of a near future. We will be looking at how to intentionally create an awkward moment for the user, and unexpected consequence.

The workshop will cycle through ideation methods and techniques, with a focus on the emotional and human impacts of our users giving control to the AI automation.

Following on from a workshop at Interaction17 in NYC, this session will be updated and customized to fit in a 1h30min session, giving us tome to explore the area of ‘new modern living’ and then have an interactive section where we can concept AI automation in our lives, pushing into the awkward and inappropriate outcomes that could be our new reality. 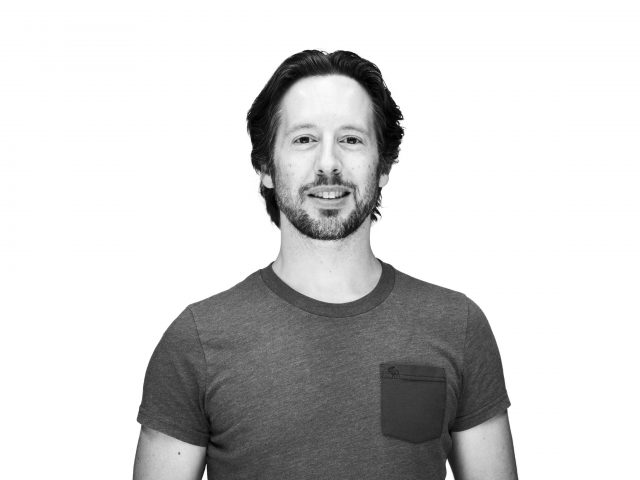 Oli is a trans-disciplinary creative director, with over 19 years of experience in branding, design, strategy, communications and service design.

He spent much of his time understanding how to evolve organizations into better versions of themselves through hands-on strategic design – creating new, improved and more meaningful experiences for businesses, customers, and employees.

Leaning into the future and exploring how technology can be used to create rich, memorable experiences and emotional connections that help shape our world is what he enjoys most.

Oli has previously worked across Europe, APAC, MART and the US with organizations including Vodafone, Nokia, Telstra, UBS, RBS, BP, Garanti /BBVA, Turkish Airlines, IsBank, Guardian Media, BSKYB, BBC, Adidas, Tesco, Coles, Panasonic and a number of start-ups, both B2C and B2B. He also has had the privilege of building design studios and creative departments, growing design teams and speaking at events globally.

We would like to thank Designit for supporting the local IxD community! Drinks and snacks will be provided.

When? Monday, May 8th at 19:00
Where? Lothstraße 5, Munich Map
FREE event (but registration is required!)
Import IxDA Munich Calendar

Due to the way civilisations progress, we are about to observe more change in the next ten years, than of the last hundred. But how do we prevent this acceleration from eroding away our humanity? As Transhumanism becomes increasingly an every day thing, ask this: do the interfaces we’ve designed add more layers of confusion? When we strip away all those screens, what are we left with? The same thing we started with — people.

Incorporating data collected from one of Nexus’ Technoself Studies, Pete Trainor takes us back to the fundamental questions that drive us all, and through a journey of design philosophy he asks one simple question, the one we have asked through all times… why? 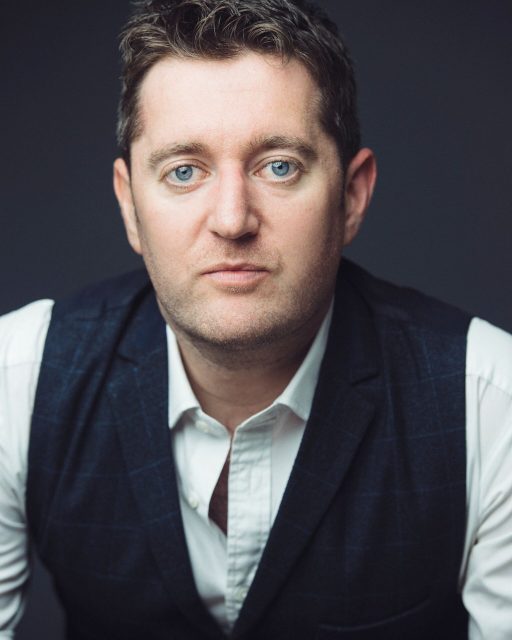 Pete Trainor is a digital designer, bestselling author, accidental polymath, mental health campaigner and founder of Nexus in London. He talks all over the world on data driven technologies and the effects on their audiences. His recently published book “Hippo – Human Focused Digital” takes a philosophical look at technology and design, challenging us all to look inwardly at the self when designing experiences for other people.

Pete also sits on the executive board of the British Interactive Media Association.

He has a very simple mantra: Don’t do things better, do better things.

We would like to thank Freeletics for supporting the local IxD community! Drinks and snacks will be provided.